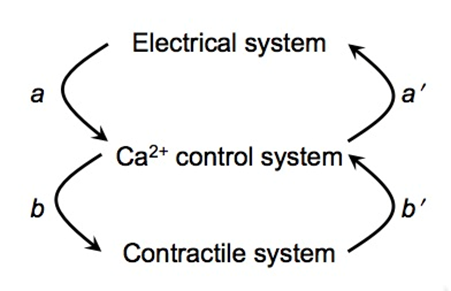 We conducted modeling study to understand how mutations of contractile proteins can cause an increase in the incidence of electrical arrhythmias. The model simulations show that FHC mutations that shorten the sarcomere length, such as R92Q, increase the probability of spontaneous Ca2+ sparks and Ca2+ waves. Ca2+ waves, in turn, can trigger spontaneous (out of rhythm) action potentials that lead to arrhythmias.

The figures below show model simulations of a 3-dimensional sarcomere: the white brick-like objects are clusters of ryanodine receptors called Ca2+ release units (CRUs). Figure-A shows a model simulation with sarcomere length of 2 μm (the typical length in normal cells). A few CRUs at the edge are triggered initially, and the Ca2+ release diffuse to a few neighboring CRUs to release Ca2+. The Ca2+ release from these few CRUs dies down and nothing much happens; the system is stable. If the sarcomere length is shortened slightly to 1.8 μm, as occurs in some forms of FHC, then the Ca2+ dynamics change qualitatively as shown in Figure-B. As before, a few CRUs on the edge are triggered initially, but now the Ca2+ release from CRUS propagated to form Ca2+ waves; the system is now unstable! Figure-C shows that reducing the sarcomere length to 1.6 μm makes the system even more unstable causing the Ca2+ waves to form more quickly. 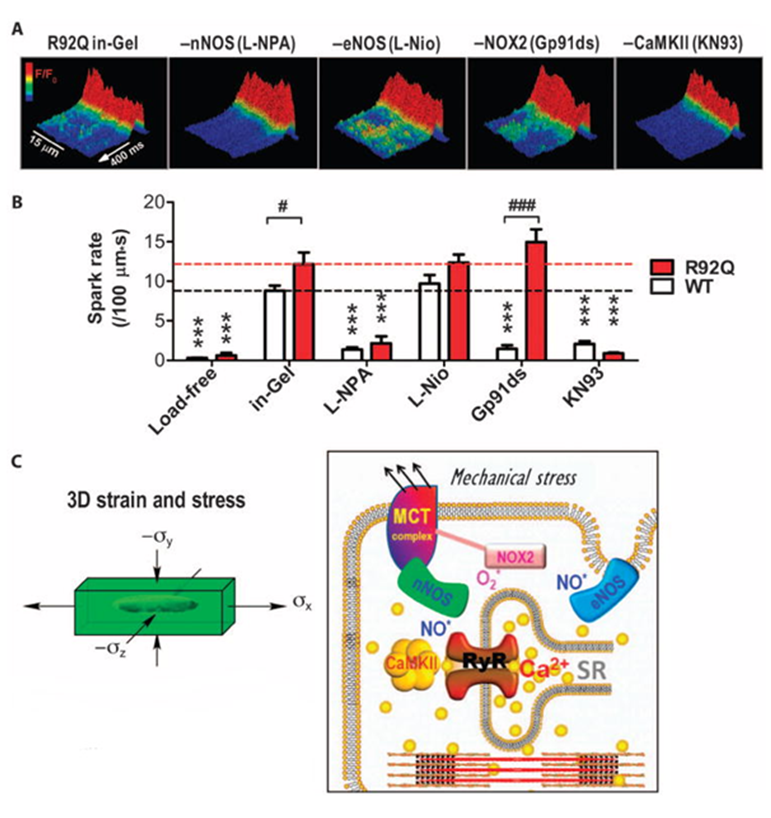